Western Canada’s leader in sound production, staging and lighting services for any size concert or event. 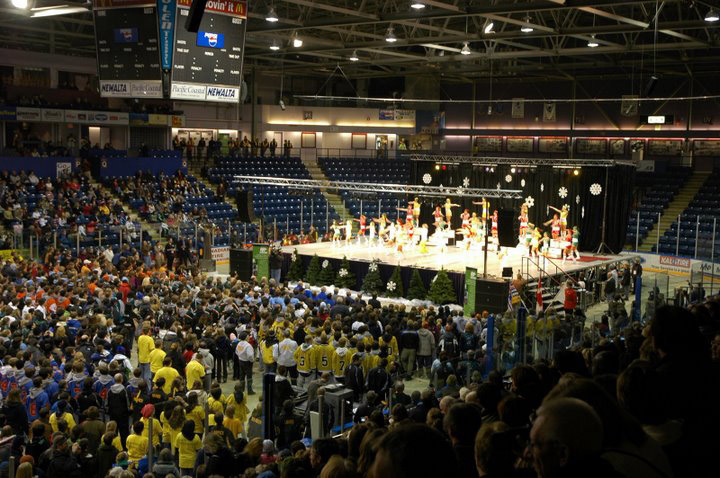 PB Pro-Audio & Lighting recently deployed their Electro-Voice XLD281 super-compact line array system for the 2008 British Columbia Winter Games. Held at the end of February in the Rocky Mountain cities of Kimberly and Cranbrook, BC, PB’s streamlined, high-performance PA handled sound for the opening ceremony, awards, and live performances held in the Cranbrook Recreation Complex, the main venue for the games.

“For the opening ceremony, about 3000 kids came out onto the ice, past the main stage area,” Blomander adds, “effectively doubling the size of the space we needed to cover; we needed to cover the ice and the first tier seating area as well as the main seating sections. These two six box arrays combined tight, close proximity coverage with a very long throw; it delivered warm, clear sound to every person in the room.”

Blomander used EV’s LAPS (Line Array Prediction Software) to angle and aim the XLD arrays, as well as determine output levels and control: “We configured the system for separate volume control between the top three and bottom three boxes in each array. The combination of easy to use software and inherently good-sounding boxes meant the rig was streamlined in terms of setup as well as size—it takes minimal effort to make them sound superb, even in typically challenging stadium spaces like this. The 8-inch woofers and HF driver work together seamlessly—so smooth and warm.”

The stage area was used for various performances and presentations. Dignitaries in attendance included the premier of British Columbia, the local MLA, and representatives from the Olympic Games. “As expected, the XLD provided EV’s signature warm, clear vocal sound for these distinguished speakers,” Blomander adds, “yet it was equally at ease at higher SPLs for live music, and choirs. The premier and his staff told us they were very impressed with the audio quality and the onstage sound with the truss-mounted Xi-1082 monitors. This configuration kept the stage clear for the dance groups without compromising onstage sound quality; again, it was all nicely streamlined without cutting corners on the details. It all worked out perfectly.”